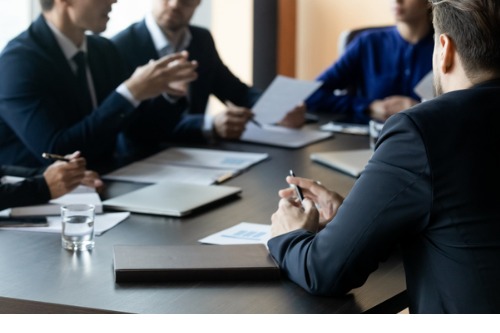 
Allianz is said to be privately considering making a counteroffer for Hartford Financial Services after Chubb’s $23 billion offer.

Sources familiar with the situation told Bloomberg that the Munich, Germany-headquartered insurance giant is discussing with potential advisers the feasibility of a possible bid. Deliberations are said to be at an early stage and Allianz could decide against making an offer.

The sources also said that while Allianz is interested in acquiring the Connecticut-based property and casualty insurer, it is hesitant to get into a bidding war with Chubb “because of the lack of synergies between the two.”

The acquisition of Hartford could strengthen Allianz’s foothold in the world’s largest economy, where its presence has been lagging behind Chubb and other global giants.

At present, Allianz’s P&C arm serves mainly large companies in the US, where it also has a life insurance business.

If Allianz decides to pursue a deal with Hartford, among its financing options are capital increase, debt raising, and stock offering. The insurer also has excess cash and could lower the amount of its annual dividend or buyback. The Bloomberg report also mention the history between the two companies, when Hartford turned to Allianz for capital as the capital markets froze in 2008, agreeing to pay 10% on $1.75 billion of debt.

Hartford’s rejection of Chubb’s proposal last week could compel Chubb chief executive Evan Greenberg to put out a better deal. As of Friday’s close, Hartford’s market value shot up to $24 billion. Chubb has a market cap of $71.9 billion, while Allianz is worth 87.9 billion euros ($103.7 billion), according to Bloomberg.