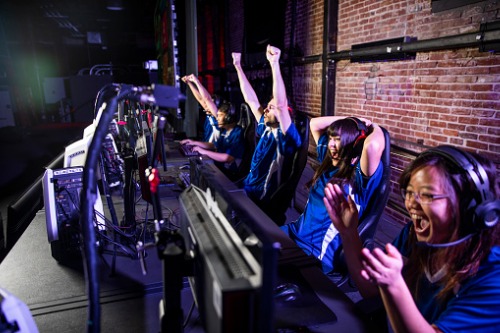 
In an absolutely “poggers” move, State Farm has partnered with the popular streaming service Twitch to serve as the official marketing partner of Twitch Rivals North America.

Twitch Rivals is a gaming tournament and online competitive event which pits Twitch streamers against former pro players across a range of different video game titles.

State Farm will collaborate with Twitch on a range of activations for the esports tournament series as part of the multi-year deal. One such activation is an unnamed event, which will be hosted by State Farm itself. That event will take place later this year, Esports Insider reported. State Farm will also serve as the official insurance provider for Twitch Rivals North America.

In addition to the sponsorship deal, State Farm and Twitch have also announced the “State Farm Spotlight,” a sponsored broadcast segment wherein hosts and casters will analyze gameplay and strategies featured in the tournament.

This is not the first time State Farm has sponsored a Twitch event. The company was one of the primary sponsors of Twitch Rivals’ recent Pummel Party, and it also collaborated with the streaming platform in February for the Twitch Rivals Streamer Bowl II.

State Farm has been building its presence in the gaming scene through major sponsorships in recent years. The insurer maintains a presence in the League of Legends esports scene, and has even directly sponsored popular Fortnite streamer DrLupo.